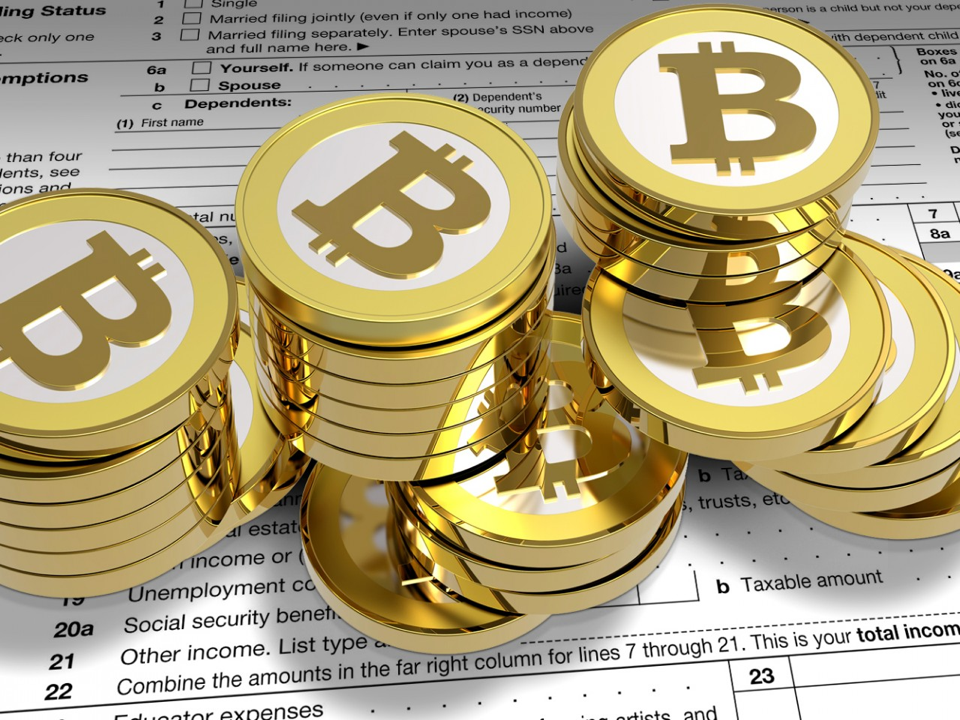 It’s been a tumultuous start to 2014 for the bitcoin community. A series of scandals has seen the price of the leading crypto-currency fall by over 50% from its peak of almost $1200 in December.

There’s been no shortage of criticism of bitcoin from economists and leading business people who see its recent woes as the start of its decline.

Yet despite all of this, the price is rising again and advocates of digital currencies remain optimistic.

Their outlook has been boosted by other news such as HRMC’s updated guidance that VAT is not chargeable on bitcoin transactions, which addresses a major spur to bitcoin-related innovation in the UK.

So is bitcoin real or still a passing fad? What needs to happen for it to move from its status as a water-cooler topic, to a genuine financial tool used by many people?

In February we surveyed 2,065 adults on their awareness and usage of bitcoin.

Our research identified three of the challenges facing these emerging currencies: security, usability and the language of crypto-currencies. Recent events have highlighted that these issues remain a challenge that the bitcoin sector needs to overcome.

Security is a big concern

Advocates of digital currencies often highlight the security of peer-to-peer currencies. Sadly this doesn’t seem to be filtering into the bitcoin ecosystem.

The collapse of Mt Gox with the presumed theft of 744,000 bitcoins (6% of all the coins in circulation) is big news. The reported thefts and denial of service attacks on other exchanges do not inspire confidence.

The pro-bitcoiners see this as a blip that will clear the market of weak firms. Maybe so, but it will also dent further adoption of digital currencies.

If bitcoin is to fulfill its potential as genuinely disruptive then security is key. It impacts on confidence that in turn limits acceptance by businesses as well as usage by end-users.

Dismissing these concerns is trite and lazy. A real test of bitcoin’s potential will be its response to these recent events. Bitcoin 2.0 needs military-grade security.

The other big obstacle to adoption of crypto-currencies is usability. Those in the digital and finance sectors see this through tech-focused lenses.

I’ve happily played with wallets for bitcoin, feathercoin, devcoin and others. They are all virtually identical and without exception, rubbish in terms of UI/UX.

Growing usage of digital currencies will mean that they will have to be easily usable by the average consumer.

There is still a long way to. What’s needed is the ‘Apple’ effect. Someone needs to do for crypto-currency what Apple has does done for music and mobile technology: make it cool and user-friendly.

Linked to the issue of usability is the language of crypto-currencies. Proponents cite their indivisibility as a key strength.

And therein lies the problem. For most ordinary people it quickly reaches a level where the numbers get silly.

How many decimal places can people reasonably deal with? We took a look at a range of UK items from a Mars bar to a luxury London pad and listed their prices in £s and bitcoin. This shows that this is a real challenge that needs to be overcome. 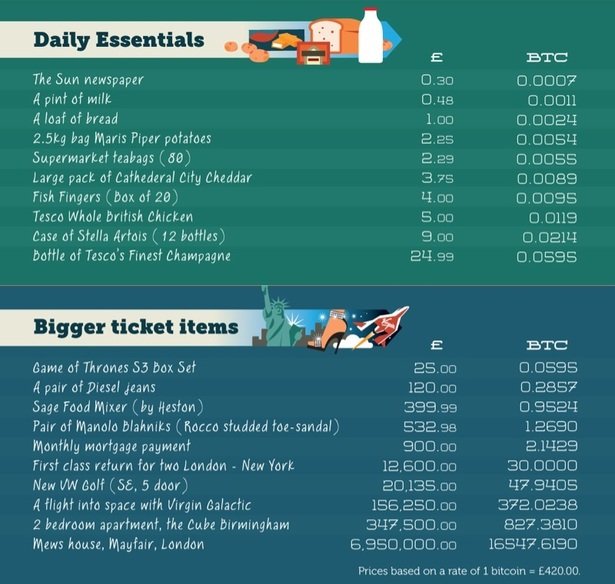 Are digital currencies destined to be an evolutionary dead-end?

Does this mean crypto-currencies are dead? No. The concept of a peer-to-peer, low transaction, highly secure means of exchange is an inevitable response to both the web itself and a traditional financial sector that is broken.

The thinking that inspired the Bitcoin Foundation and the many copycat currencies still holds true. There is plenty of untapped demand from consumers and businesses for lower-cost transactions.

This has led to startups such as Jack Dorsey’s Square that gives retailers the ability to accept card payments with much lower fees than those charged by the banks.

Crypto-currencies also face competition from other innovations in the payments space. Some of these such as mobile payments start-up Droplet possess a simplicity of use that will help drive adoption.

Using Droplet is a dream. Using a bitcoin wallet is a drudge in comparison. Others such as Coin, which lets you aggregate all your credit, debit and loyalty cards into one smartcard may also prove more disruptive in the short-term.

Bitcoin, or something similar, may very well be the longer-term winner in the financial space. If it can overcome its core challenges then it will only continue to grow. What’s needed is a focus on addressing its weaknesses. Only then will crypto-currencies live up to their potential.

* A copy of this post first appeared on the Econsultancy blog. 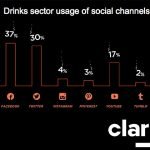 Does size matter? Social media in the drinks sector 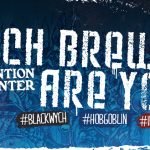