English wines and social media: are producers using social to grow their brands? 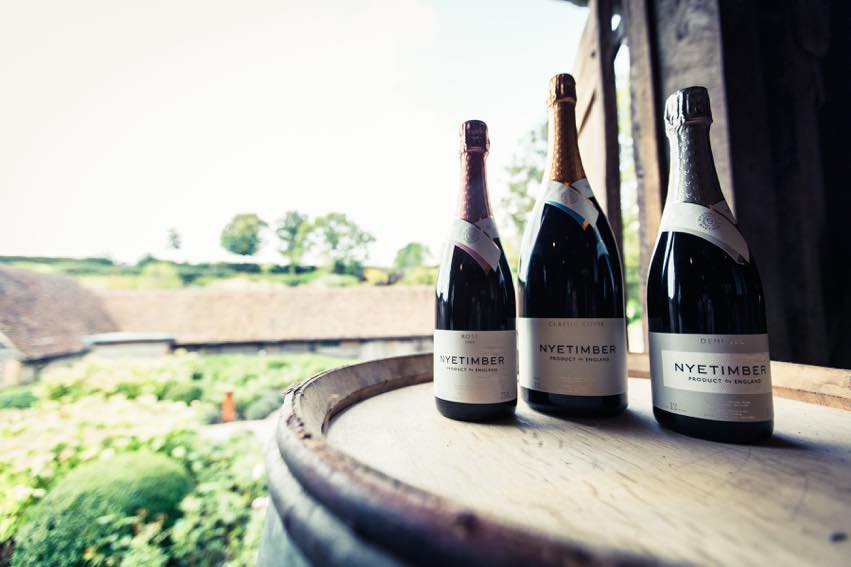 English wines and social media: are producers using social to grow their brands?

The English wine sector is in rude health. 2014’s harvest has seen production explode with exports set-up to grow. The wines continue to wow critics and awareness of English wines is growing among UK consumers. Consumers sales have grown too as UK drinkers discover the wines with Waitrose reporting a 95% uplift in sales. So how well are English wines using social media to reach consumers? We decided to take a look.

Producers only have to look at other drinks categories to see how important and effective social media marketing can be. Craft beer’s success is in part due to the way smaller brewers have utilised social channels to recruit brand advocates, spread the message and engage with stockists. Brand owners in the spirits, ciders, lagers as well as the bigger, global wine brands have all started to reach consumers through social networks.

As well as rising media coverage English wines are seeing increasing conversations on social channels. Using our social media software Pulsar we tracked mentions during April for “English wines” and brands Nyetimber and Camel Valley. The chart below shows the trend. 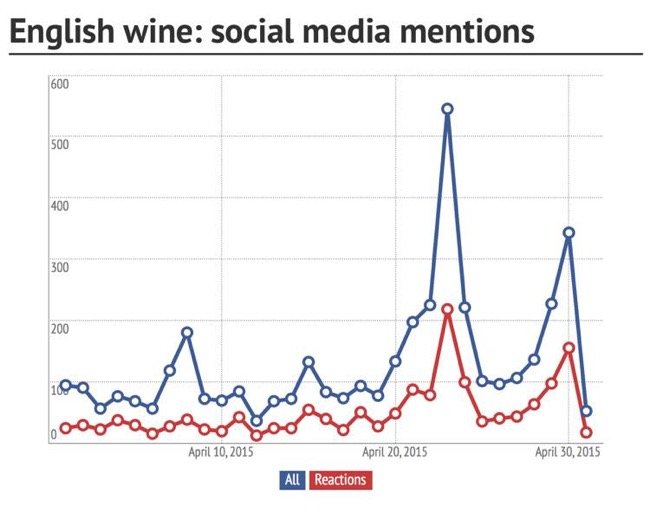 The total number of mentions in April was 2,453. This is low in comparison to other sectors such as pubs or beer where tens of thousands of conversations take place daily. Yet it’s still promising and shows that English wines are being discussed on social media.

The next step was to look at owned social media channels. We started by looking at the producers represented by trade association English Wine Producers. We then looked to see what, if any social media channels the individual brands/producers were using. We found 16 brands visible on Facebook. We also looked at the growth of their pages over the last three months. The top 10 English wine brands visible on Facebook are shown below: 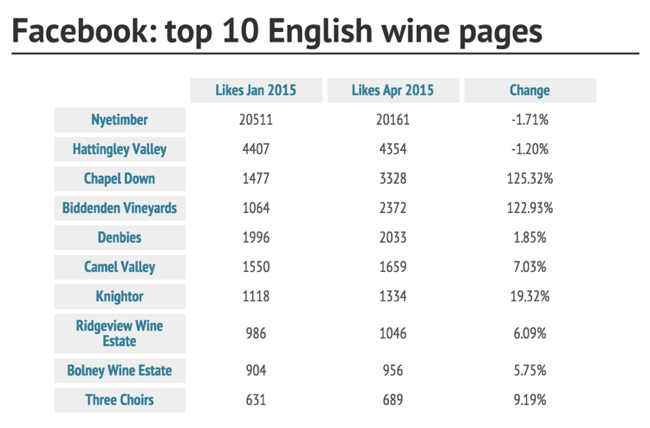 The biggest brand on Facebook is award-winning estate Nyetimber with over 20,161. They’re audience has declined slightly though this might reflect Facebook’s recent change which removes dormant accounts from brand’s like counts. Second in the list is Hattingley Valley with 4,354 likes. Chapel Down in third place has experienced the faster growth adding almost 1,900 likes in three months. The rest of the top 10 have much lower follower counts.

Twitter is more popular with producers with 23 brands using the channel.  The top 10 English wine brands on Twitter are as follows: 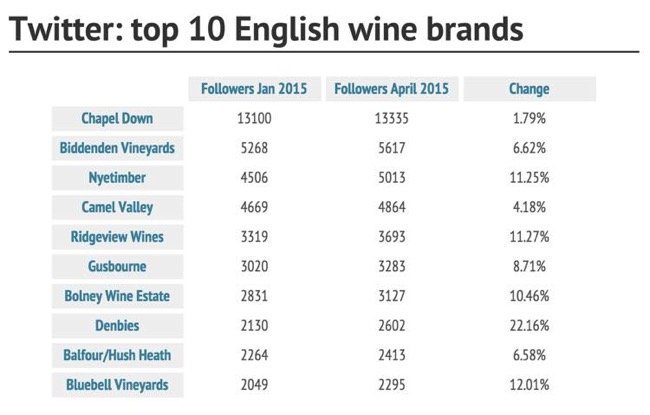 In terms of followers brands seem to have bigger audiences on Twitter with the average following of our top 10 averaging 4,600 compared to an average number of Facebook likes of 3,800. Chapel Down has the largest following with 13,335 likes followed by Biddenden Vineyards and Nyetimber.

Consumer engagement: English wine still has work to do…

Visibility of English wines on social media channels is one aspect. Equally important is how well the brands are using the channel to engage and activate consumers. Social media engagement is a key objective for many brands. English wine brands have work to do here.

A look at the last four months Facebook activity for several brands shows low-average engagement. There were some exceptions but highly engaging posts were few and far between. This reflects the relatively new entry of these brands to social media and consumer marketing in general. Specific challenges appear to be:

Audience insights: understanding who they are talking to and creating compelling content for these audiences. Too much content feels like its there for people in the know about English wines (and fine wine in general). Yet many 30 – 40 year old consumers interested in food, dining out and provenance are ideal people to reach and build advocacy around English wines.

Lack of campaigns and content: much of the content put out feels tactical or opportunistic. There’s massive scope to create highly creative, exciting and effective campaigns that help producers grow their businesses.

Being social: The wine sector is often criticised for failing to talk to consumers in their language or resorting to the terminology of wine experts. Social presents a brilliant opportunity to reach consumers who should be drinking these fantastic wines yet who lack the knowledge or confidence to experiment.  More informality, excitement and passion would help.

There’s massive potential for English wine brands to harness social media to reach, engage with consumers and drive loyalty. Brands only need to see how craft brewers have used social superbly and often as their core marketing channel. Meantime, Camden Brewery and of course BrewDog are perfect examples.

English wines are winning awards for their quality. There’s a huge audience of engaged food and drink lovers using social media to talk about and share their passion. These audiences offer huge potential to the makers of English wines and can let smaller businesses punch above their weight. 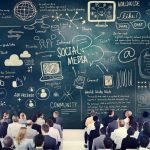 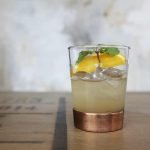