Heard of Tik Tok? No? You’re probably not alone. Yet Tik Tok is fast becoming the 2019’s hottest social channel. Launched in its current form in 2017 it’s been downloaded over 1 billion times. Commentators are liking it to Facebook and from this summer it’s expected to launch services for advertisers giving brands access to its vast audience. So is Tik Tok worth the hype? And is it right for brands? Here’s our view.

Despite recent coverage of Tik Tok, it’s still relatively new to most people. Tik Tok is a Chinese-owned short-form video channel. Users post short videos of up to 15 seconds. Clips range from lip-synching, dancing to sports and make up tips. Many videos are accompanied by music.

It’s been described as combination of Vine, Snapchat filters and Musical.ly, the lip-synching app it purchased in 2017. The app is available for Android and iOS and with 1 billion plus downloads it’s clearly found an audience.

There’s not much data on exactly who the audience is but media reports and a cursory scan of the content suggest it’s heavily dominated by under 25s, teens and pre-teens. It’s popularity among the younger audience is obvious. Tik Tok is an app for the Gen Z audience that their parents simply won’t have heard about, yet alone use, unlike Facebook or Instagram.

The apps appeal, rapid growth and huge engagement make it an obvious revenue generator. Brands looking to reach fickle, mobile-centric teens and pre-teens will put Tik Tok at the top of their lists. Not surprisingly, the app’s owners are about to launch a self-service, biddable ad module.

To date it’s worked directly with bigger brands in the US with spend levels of $50,000 and upwards. If it follows the standard pattern, it’ll make its platform open to a wider spread of budgets.

Tik Tok is definitely this year’s hot channel overtaking Snapchat and Twitter in rapid time. Whether it becomes even bigger will depend on a range of factors.

The app has its critics who point to bullying and other risk factors with the app especially for its pre-teen audience (£). For brands in the fashion, soft drinks, snacks and food sectors, the chance to reach this young audience will be too hard to resist. Their challenge is in creating content that works with the app driving brand credibility and engagement.

For alcohol brands it’s a no-go area for now. The number of under 18s is likely to be far above the 25% threshold set in the UK by CAP/ASA.

Tik Tok is undoubtedly here to stay. It’s already bigger than Snapchat and Twitter. With such explosive growth comes scrutiny and a need to adhere to GDPR and other legislation. If Tik Tok is to successfully monetise it’s product, it’ll need to iron out some its kinks. 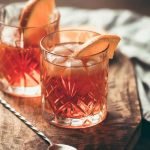 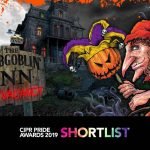