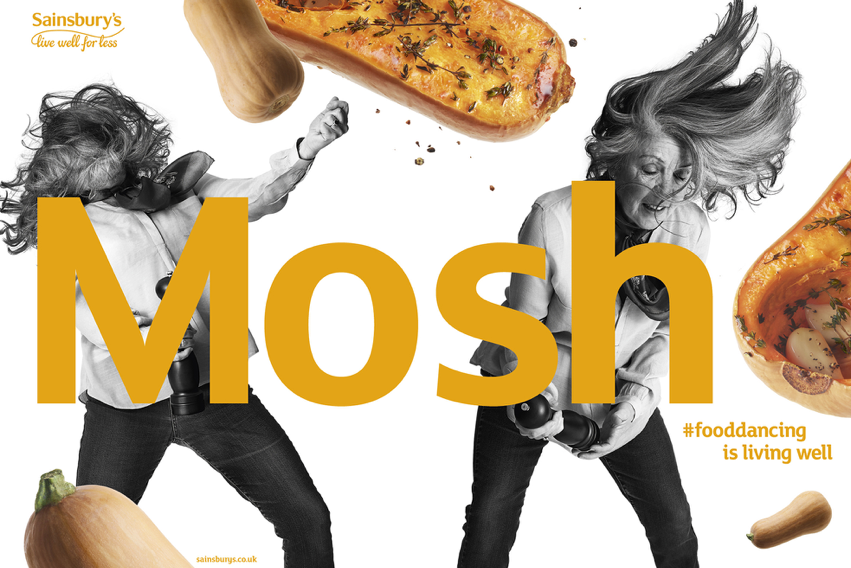 Last month saw the launch of Sainsbury’s #FoodDancing, the first ad campaign from its new agency, Wieden+Kennedy. The ad introduced a new style to the supermarket’s advertising, shot in black and white on handheld cameras. The campaign also featured the obligatory hashtag, #FoodDancing.

This post looks at the effectiveness of the social media campaign. Has #FoodDancing inspired UK consumers? How well has the brand harnessed shared media and consumer advocacy?

As is the norm these days Sainsbury’s #FoodDancing campaign was pushed heavily on the brand’s owned channels with content across the retailer’s Facebook, Instagram, Twitter and YouTube accounts. Filming the ads using real consumers in their own kitchens has given the brand loads of content to play with. As a result there’s loads of different videos for use across social and digital. The table below shows the number of views by channel for the campaign specific videos.

Consumption of the videos is very good with Facebook and Twitter accounting for the bulk. That’s no surprise as the brand enjoys bigger audiences on these two social networks. Paid media features heavily too and unsurprisingly, videos that were boosted got much higher viewing levels. Despite this, these are decent results and will have raised brand awareness among social audiences.

Sainsbury’s have certainly given the food dancing campaign a lot of brand love on its owned social media channels. But what’s the impact on consumer behaviour been? Has it driven conversations around the brand?  We’ve looked at the shared media impact. We’ve plugged our monitoring software, Pulsar in and looked at campaign mentions on Twitter over the first month’s activity. 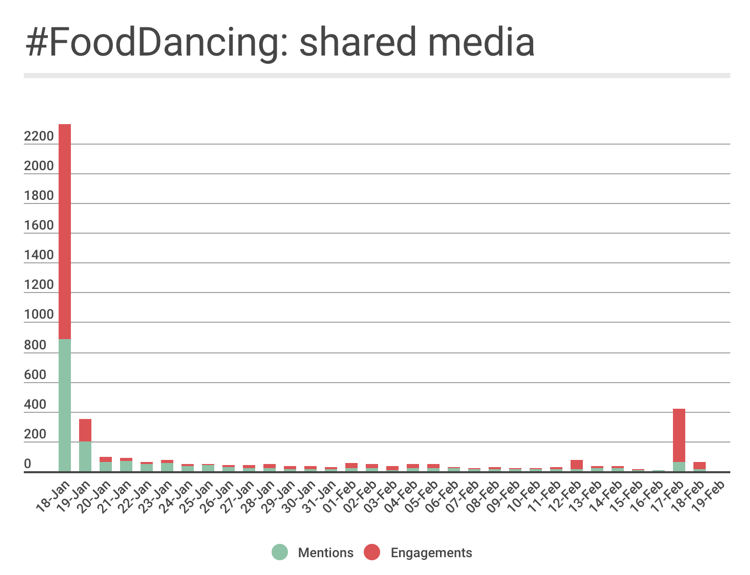 In the first month of the campaign there were 4,500 social media mentions. As the graph above shows almost half took place on the day the campaign launched. There were two further days with decent levels of engagement with the campaign. There were some clever elements with Louise Redknapp food dancing with her father-in-law. This was a great way to reach newer audiences tapping into her 121,000 followers. Despite this there was a constant, low-level of engagement. As you’d expect the number of consumers submitting videos of themselves #FoodDancing was very low.

Do we think Sainsbury’s #FoodDancing is a social hit or miss? Attempting to create virality through consumer-generated content was always going to be a struggle. Do people really dance in the kitchen? There’s no evidence that this is a trend. It’s going to be equally challenging to maintain high levels of consumer advocacy for an ad campaign over the long-term.

Perhaps the real strengths of the campaign are in its brand impact. The social media advertising has worked, getting the ads in front of a lot of consumers. This shows that social media is central to reaching and engaging younger consumers.

Perhaps more importantly, its celebration of the joy of cooking/food is a welcome return to brand advertising. That’s where it really works. It’s reminding consumers of Sainsbury’s USP and avoiding price competition. As an example of well executed brand advertising Sainsbury’s #FoodDancing definitely hits the spot. 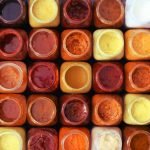 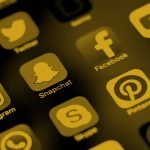