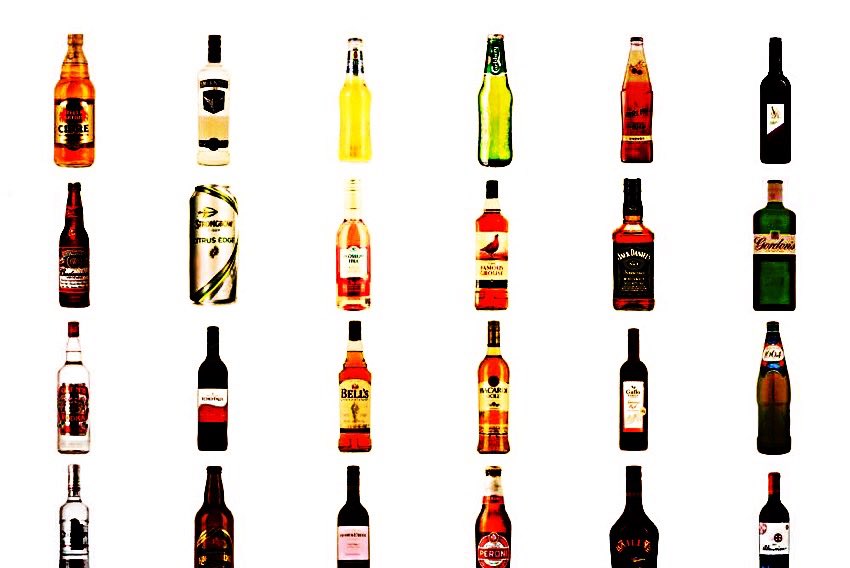 Britain’s top 100 alcohol brands are in the spotlight after the publication of the Grocer’s list of the UK’s biggest  drinks brands. The bottom end of the alcohol market is buzzing: we’re seeing record numbers of applications for distilling licenses, excellent growth for English wines and of course the ongoing rise of craft beer. But is life as good at the top? Here’s our view of the state of the market...

Is life getting tough at the top for Britain’s top 100 alcohol brands?

Britain’s top 100 alcohol brands are worth almost £8.9 billion up 2.6% on last year with volumes increasing by 1.6%. At first sight this looks positive but compares poorly with growth between 2013 & 14 which saw the top 100 increase value by 5% and volumes by 2.6%. This suggests it’s been a tough year with retailers looking to remain competitive on price which is directly impacting brand owners’ bottom lines. 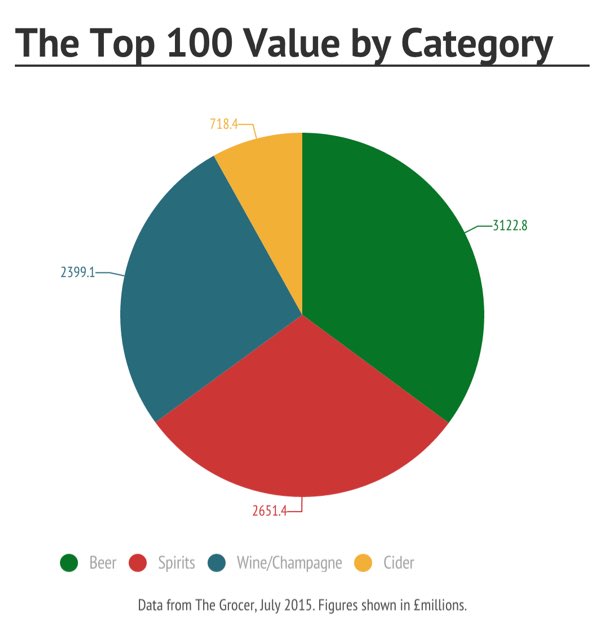 Beer remains the largest category, accounting for 35% of the value of the top 100, followed by spirits at 30%. Cider’s share is probably larger as the figures for Carling, Carlsberg and Stella don’t break out the split between their beer and cider ranges. 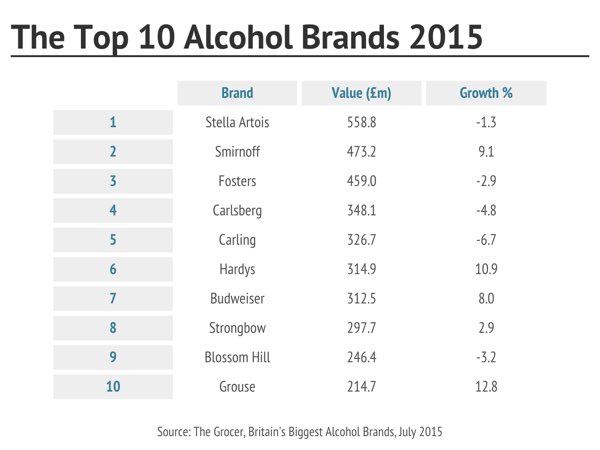 It’s been a mixed year for the 10 biggest alcohol brands. On the positive side, they’ve grown their share of the overall value of the top 100 from 40% to 42.2% and are now worth over £3.75 billion. Several brands such as Grouse, Hardy’s, Smirnoff and Bud have seen good value growth.

Yet the four big beer brands have all seen declines. Is this a reflection of wider woes in the beer category? And – in the case of Stella, Carling and Carlsberg – are the results disguising deeper troubles offset by the boost in cider?

It could also be the cost of keeping volume in an increasingly cut-throat market that’s seeing value fall. But it’s not all bad news for beer, with decent growth for Speckled Hen and Hobgoblin’s entry into the top 100, its 18% growth driven in part by the launch of Hobgoblin Gold. 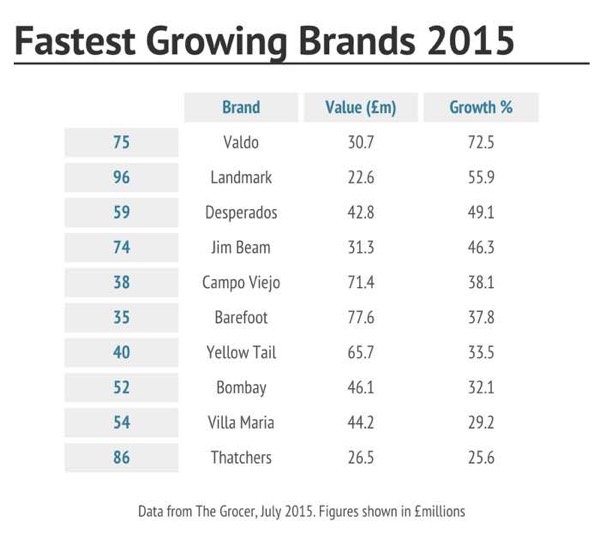 It’s equally positive to see a brand emerging from the many Prosecco brands available on supermarket shelves. Desperados had another good year, as did Jim Beam.

It’s also been a great year for wine brands Campo Viejo, Bearfoot and Villa Maria. Their growth may reflect the wider trend towards premiumisation as consumers trade up from the discounted brands. However, there have been plenty of losers too as the table below shows. 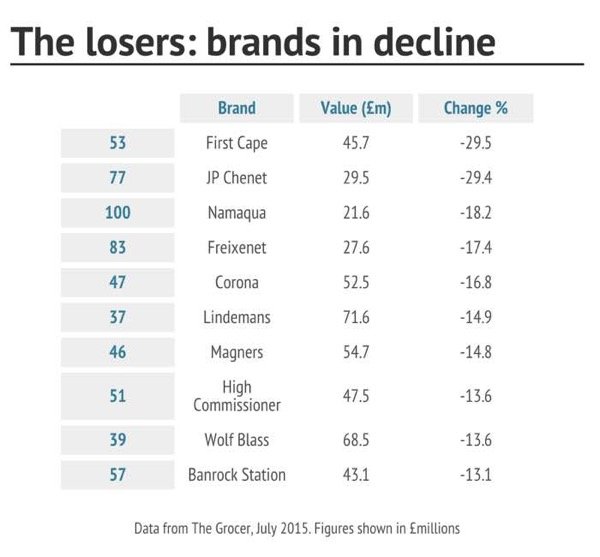 Eight of the ten worst performing brands are wine/sparkling brands. The Grocer has pinned much of this decline on consumers switching to other drinks such as cider and Prosecco. The latter’s aggressive pricing may very well see Prosecco purchased as a frequent treat at prices that often match those of a typical bottle of wine. Outside of wine, Magners continued to decline, as did Corona.

It’s definitely tougher at the top. Pressures on pricing, the need to innovate and changing consumer preferences are all having an impact on Britain’s biggest alcohol brands.

The winners are those who’ve managed to focus on premiumisation while remaining profitable, the innovators and the very biggest who can continue to weather the storm of aggressive pricing from the supermarkets and discounters. 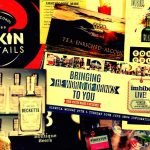 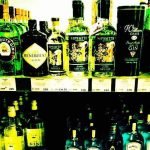